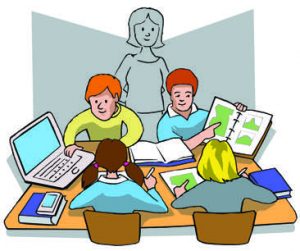 [ This is intended as a discussion starter for use with both the parents and the staff, addressing a core issue rarely discussed].

Not the school, not government, nor the technology companies, the internet providers, siblings or grandparents, but you. All the others can, and should assist, but ultimately you are responsible – likely to an extent few have thought about.

Moreover, you’ll be responsible until adulthood.

Not only do the parents have the moral, legal and ultimately the educational responsibility, but twenty years of history and over a billion digitally connected young globally have demonstrated that the parents are far better placed than any other body to enhance their children’s learning with the digital.

It is time to recognise the responsibility shown by the parents of the digitally connected young, to laud their achievements and to acknowledge the educational leadership role they have played and must continue to play, from the beginning of their children’s lives.

But it is also time for society to build on their success and understand that it will be the young and their digitally connected families – and not the schools – that will increasingly lead the way in learning with the digital – regardless of what schools or governments desire.

They are not. And have not been for twenty plus years (Lee and Broadie, in press).

They assume learning equates with schooling, and that learning with the digital only takes place in schools.  They don’t appear to understand that 80% plus of the young’s learning time annually is spent outside the school walls, that more than half the world’s young have successfully learned to use the current technologies outside the school walls or that increasingly pre-primary children will start school having already normalised the use of the digital – with no input from the schools or government.

Globally governments and most schools have long demonstrated little or no understanding of learning with the digital in a Digital Revolution that is daily transforming the ways of the world (Lee and Broadie, 2017) (Lee and Broadie, in press). They mostly opted to stay with the traditional ways, within insular hierarchically controlled Industrial Age organisations, where teachers teach and assess year in and year out much the same as when you were young. There has invariably been no place in those schools for the children’s digital technologies or that learned with the digital outside the school walls. Indeed, France in late 2017 decided to ban mobiles in all its schools.

Not surprisingly the schools were very early dealt out of the digital education play, likely to remain so.

The ability of schools, even the most visionary, to match the learning with the digital provided outside the school walls, is impossible. Schools as public institutions controlled by government, bureaucrats, resourcing, working conditions, legislation, law, accountability requirements, inflexible organizational structures and history can never respond to the accelerating digital evolution and transformation in the same way as the highly agile digitally connected families of the world. Even if governments wanted its schools to change, or indeed to collaborate with the families.

In a world where the young are digitally connected 24/7/365 and expect to use their personally configured mobile technologies to learn in context the moment desired, anywhere, anytime, at speed, and largely unfettered they are not going to find that opportunity in most schools. Rather they will find themselves distrusted and disempowered, with the limited learning time tightly controlled, their every use of the digital supervised, connectivity restricted, their use of their personal technologies likely banned and the facility to direct their own learning with the digital denied – all supposedly for their protection and well-being.

The history of learning with the digital over the last quarter of a century has seen the schools each year lag ever further behind the out of school use, struggling – or not even attempting – to handle the accelerating pace of digital evolution.

As the research (Friedman, 2016), (Deloitte, 2017), and common sense will attest only the young within highly agile and supportive digitally connected families can hope to accommodate the current exponential digital evolution. All organisations, even the digital masters are now struggling to keep pace with fifty plus years of exponential change.

Over the last twenty plus years the young of the world have been to the fore with virtually every technological development – and are on trend to continue to be so – in large because of the support of their parents and digitally connected families.

What parents need to do now is to appreciate the role they have played, consider how they can better play that role and why it must be the parents of the digitally connected young who take ultimate responsibility for their children’s learning with the digital.