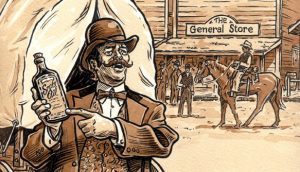 A growing and perpetual challenge schools will face in their digital evolution is that of successfully cutting through the immense and often very sophisticated hype associated with all emerging digital technologies, to acquire the technology needed and to avoid wasting scarce monies, social capital and teacher’s time with the unnecessary and the ineffectual.

This is where the principal’s digital acumen is tested.

While the technology companies have over the last century plus displayed considerable marketing expertise in winning over the school market globally (Lee and Winzenried. 2009) their efforts in recent years have become that much more sophisticated – and in some instances one might say insidious. Most of the companies are simply doing their utmost to sell their product, but recent studies on a development known as ‘edubusiness’ indicate a few could be using their involvement in educational testing to ‘validate’ the selling of their instructional technology.

The studies by the likes of Hogan (http://researchers.uq.edu.au/researcher/11666, http://www.aare.edu.au/blog/?tag=anna-hogan) and Lingard (http://www.educationincrisis.net/blog/item/1243-complementarities-and-contradiction-in-the-pearson-agenda) provide an insight into the techniques some of the multinationals employ to secure and hold the school’s custom.

Those studies underscore why the head, as the school’s chief architect and final decision maker, has to be able to cut through the technology hype (Lee and Finger, 2017), and why it is vital the school has a ‘chief digital officer’ (Lee, 2016, 1) who can provide the principal the requisite expert advice.

While those of us studying the evolution of the digital technology in schooling have observed the finite hype cycles of all the major instructional technologies over the last fifty plus years, and the often still very considerable gap between the technology rhetoric and the reality, daily we continue to watch schools and governments spend vast monies on dated and dubious technological ‘solutions’.

Schools, education authorities and indeed governments globally have over the last forty plus years wasted millions of scarce dollars acquiring inappropriate and unnecessary digital technologies. They continue doing so today. Election after election globally one sees the ‘in technology’ offered up to the voters. The poor decision- making is not only costly but also wastes the teachers’ time and impairs the productive use of the apt technology.

Disturbingly this has been so with all manner of instructional technologies since the magic lantern (Lee and Winzenried, 2009) and is likely to continue until schools – and principals in particular – exercise the requisite acumen and leadership in shaping the desired totality.

How great that waste of money and time has been no one knows. Suffice it to say any who have been associated with digital technology in schools for any time will be aware of the monies that have been, and are currently being wasted, the staff’s frustration of being lumbered with inappropriate technology and the damage caused the digital evolutionary quest when ill conceived decisions are inflected on the school. For example in the recent elections in the Australian Capital Territory (ACT) the subsequently successful Labour Party pledged to provide every student an iPad. This ‘one size fits all approach’, that would be controlled by the Government’s ICT experts, without regard to each school’s situation was offered to some of the most affluent electorates, in one of the world’s most affluent nations. No thought was seemingly given to the reality that virtually every child in that wealthy city state already had a suite of personally selected digital technologies, that the children from a very early age had already normalised the use of the digital 24/7/365 and that the government was both duplicating the home buys and imposing a ‘solution’ that would stymy the digital evolution of its schools.

Sadly the ACT scenario is being replicated worldwide, probably daily by other governments, education authorities and schools. All are still focussing on the parts, and not the creation of the desired tightly integrated digitally based ecosystem (Lee and Broadie, 2016, 17).

It takes astute decision makers, supported by apt processes to acquire and secure access to the digital technologies required, to see through the hype and spin, to reject the unwarranted, and to minimise the waste and maximise the effectiveness of the technology.

It requires of them very good crap detectors.

Fortuitously it would appear the first of the schools have attained a digital maturity and an understanding of the desired totality where they can markedly minimise the risk of acquiring the unnecessary technologies, while simultaneously ensuring their staff, students and parents have the digital tools and resources required.

That said we’d suggest it is impossible for schools not to make mistakes. Digital evolution and transformation is by its very nature risky, the way forward uncertain and while the digital technology has improved markedly there is still often a large gap between the promised and actual performance. Mistakes, some substantial were made by all the schools studied. All one can ever do is to minimise the risk.

That risk can be markedly reduced by:

It also helps if the leadership:

The ability of the head – with the help of the ‘CDO’ – to cut through the digital technology hype, to ask the telling questions and identify if the technology can assist the school realise its shaping vision is a critical leadership skill increasingly required in all digital schools. The failure to do so can at the extreme, as too many schools and education authorities have found, bankrupt the organisation or at the very least deprive the school and authority for years of scarce resources.

That is an unwarranted risk that can be easily avoided if the school’s leadership continually asks if the suggested new technology is needed and ensures the due diligence is undertaken.