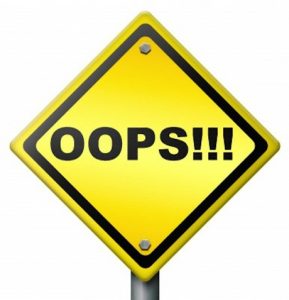 The history of the digital education of the world’s young over the last twenty plus years reveals the natural unintended, unplanned enhancement has been far greater, and far more effective than the planned.

The emergence of the digitally connected family, the global adoption of the laissez faire model of digital education, the historic change in the nature of youth, and youth education, the very young’s embrace of touch screen technology, the global move to 24/7/365 mobile learning and the facility for the illiterate young to use the networked world were all a natural consequence of the Digital Revolution.

The same natural unintended flow on was evidenced throughout society.

None of the developments were planned.

All evolved naturally, unintended and cost governments nothing.

In contrast, all the planned, highly resourced tightly controlled efforts by the governments and schools of the world to enhance the young’s digital education had miniscule impact (Lee and Broadie, in press). None of the hyped national ICT or digital technology plans, or the plethora of politically motivated roll outs of the latest technology or the billions spent on those initiatives go close to matching the enhancement brought by the unintended.

That said the success of the unintended was markedly aided by astute individuals, singly, in families and organisations who understood how to shape the megatrends to advantage, and the shortcomings of the totally planned was amplified by governments and schools that believed they were in total control, and didn’t need to address the megatrends or change.

The prevalence of the unintended, the naturally evolving, is a new reality, a major variable that needs to be better understood by all associated with the education of the world’s young. While the focus here is on the megatrends, the Digital Revolution has impacted every facet of the lives of the world’s peoples, fundamentally changing the way all ages and organisations go about their daily business. That now begins with the opening of the apps, and not the newspaper. Not even schools can escape that impact.

In examining the digital education provided worldwide in the period 1993 – 2016, in and outside the schools it was those that simultaneously saw the megatrends, recognised the importance of going digital, had the agency and the leadership that succeeded in shaping the evolving megatrends to advantage. This was evidenced in the digitally connected families of the world, those exceptional schools that normalised the use of the digital and the digital masters, in business (Westerman, et.al, 2014).  They recognised the importance of the digital underpinning all, of identifying and using the megatrends, of operating as self-regulating units and playing a lead role in shaping the desired future (Katzenbach and Khan, 2009), (Helbing, 2014), (Kane, et.al, 2017), (Lee and Broadie, 2017).

Kane in commenting upon the 2017 MIT Sloan study of digital transformation observed:

The need for transformation won’t abate, even if you successfully transform. It involves ongoing scanning of the environment to recognize evolving trends, continual experimentation to determine how to effectively respond to those trends, and then propagating successful experiments across the company (Kane, 2017).

All understood the imperative of continually identifying, building upon and shaping the evolving megatrends, the necessity of continually adapting operations and accommodating the unintended in one’s planning, and the importance of simultaneously accommodating planned linear enhancement and unintended non-linear developments (Thorpe, 1998) (Economist Intelligence Unit, 2015). All moreover appreciated that most operations, particularly in organisations like schools and businesses, do have to be carefully planned, managed and measured, but that there are a growing number related to the megatrends that don’t and shouldn’t, and that it requires an astute leadership to get the balance right and to optimize the desired unintended benefits.

The businesses of the world particularly recognised the imperative of getting that balance right, and very real danger of disregarding or resisting the megatrends. All were very aware of what Solis referred to as Digital Darwinism,

…….the phenomenon when technology and society evolve faster than an organization can adapt. (Solis, 2014)

Over the last twenty plus years, as we detail in our forthcoming book on the Digitally Connected Family, most governments and schools did not see – or opt to see – the megatrends, placed limited importance on the digital operational mode, saw no need to distribute their unilateral control of the digital education or to lead the way in shaping a mode of schooling for an exponentially evolving digital and socially networked society. As far back as the early 80’s Naisbitt wrote in Megatrends of the need for the likes of schools to look to:

a network model of organisation and communication, which has its roots in in the natural, egalitarian, and spontaneous formation of groups of like-minded people (Naisbitt, 1984, p217).

Most chose instead to do what they had done for aeons, provide what they believed was best for the young, within the physical place called school, using a highly structured linear education where every aspect was meticulously planned and controlled.  They believed they could, with the help of the experts, could provide the desired digital education within the walls of the traditional hierarchical Industrial Age organisation.

Tellingly from the outset of the Digital Revolution until today they implicitly believed they could control, and if needs be resist the global megatrends, and decide which aspects should be banned and prevented from disrupting the teaching.  This was particularly evidenced in their choice of ‘appropriate’ technologies, the banning of all others and their rejection of the Mobile Revolution. In 2016, judging from the inordinate level of control imposed externally and internally on most teachers use of the digital (Lee and Broadie, in press), the governments of the world likely believed they had total control of the young’s digital education.

Ironically, they lost control the twenty plus years ago. They were slow to, or did not, understand, that 80% plus of the young’s learning time annually was and is spent outside the school walls.  While they unilaterally controlled the artificial world behind the school walls they had long been dealt out of the main game.

The young of the world and their families have long taken control of the digital education from near the beginning of the children’s life onwards (Chaubron, 2015) (Lee and Broadie, 2017c).  From the 90’s all within the digitally connected families of the world naturally adopted the laissez faire model of digital model of digital education, using it unwittingly everyday 24/7/365, continually enhancing their capability. It is a new global norm that goes hand in hand with the ubiquitous use of the personal mobile technology.

The other new but now long established norm is that all worldwide, from two to three years onwards, will for the rest of their lives take charge of their own digital education, learning how to use what they want, when they want (Chaubron, 2015). It will, on the experience of the last twenty plus years, be a highly individualised digital education, where each person shapes the evolving technology as desired.

The only way governments and schools can, twenty plus years on, effectively impact the digital education of the world’s young is to recognise the global use of the laissez faire model, and work to complement and enhance that model.

The implications that flow from the natural evolution and the unintended on the digital education of the world’s young are profound and on trend to grow. As the exponential nature of Moore’s Law kicks in, so the unintended impact of the Digital Revolution will accelerate and widen (Helbing, 2014).

The implications for the governments, education authorities, schools and education researchers of the world are particularly profound. Any who have worked in education, and particularly educational administration and research, will be aware of the belief by those in government, the bureaucracy and school leadership that all operations must be planned, documented, reported upon, evaluated and quantified, with nothing left to chance. Allied was the premise that all change had to be linear in nature and controlled. There was – and is today – no place for natural evolution, unintended benefits or non-linear development. Any who have readied a grant’s, innovation or a research bid will be aware of the mindset, the detail required and the underpinning idea that every outcome can and must be identified.

There was also the assumption that the school was a unique stand-alone, gated community unaffected by the wider digital and socially networked world.

The global impact of the unintended and natural evolution has shattered that convenient illusion.

While mention has been made in previous articles on the natural evolution of the digitally connected family (Lee and Broadie, 2017a), the laissez faire model of digital education (Lee and Broadie, 2017 b) and the pre-primary digital normalisation (Lee and Broadie, 2017 c) it bears reflecting on another very recent unplanned development, that is already on trend to be another game changer. Largely unnoticed in the developed world all the main mail and messaging services have in the last couple of years taken advantage of the developments in artificial intelligence, voice recognition and video compression to provide a simple to operate multi-modal communications facility. One can dictate a note with 95% accuracy (Google, 2017), send a text, audio or video, with a couple clicks. All these facilities are available on $US22 smartphone in Nairobi.

Overnight the illiterate or semi-illiterate young of India, China, Africa and the Americas found themselves able to use their verbal and visual intelligence to communicate with the networked world, using YouTube and the like, without having to use text or the keyboard. They suddenly had in a $US22 smartphone an educational tool that took them into a digital world that would enhance their education, literacy and life chances – regardless of schools or government.

Over the last twenty plus years the young and the digitally connected families of the world have taken the lead in the digital education of the young, and indeed the wider family, having normalised the whole of family use of the digital for at least a decade (Lee and Broadie, in press) and being part of the of the 3.4 billion plus (ITU, 2016) connected peoples of the world using the digital every day.

Critically they have done it so naturally, successfully, efficiently, at no cost to government, without any grand plan.

Schools and governments have played little or no part in that natural unintended evolution.

As we argue in the Digitally Connected Family, governments and schools could play a significant role in enhancing the digital capability of the world’s young and go some way to redressing the shortcomings of the laissez faire model, but it will require a major rethink on the part of government and its educators.

They will need to acknowledge the natural unintended evolution, recognise they can only ever shape the megatrends, acknowledge they are part of a networked society and appreciate that if schools continue as stand- alone insular institutions they will continue to be dealt out of the play.