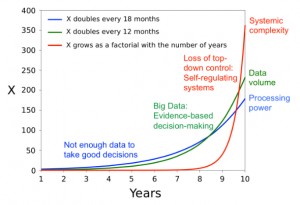 Is it time in 2014 to put a line in the sand and give the schools that desire the right to refuse to accept on any teacher, teacher librarian or school counsellor unable to use the apposite digital technology?

Is there any reason why compulsorily transferred principals or staff in executive positions should not be treated the same?

Earlier articles referred to the higher order attributes evident in the principals and teachers in those schools that have normalised the whole school use of the digital technology.

The sad reality in Australia today is that schools operating at this level can have staff appointed literally unable or unwilling to the use the basic technology.

Indeed as many of you know there are still teachers who openly proclaim that they don’t know how to use the technology and don’t intend finding out.

Imagine you are teaching in a school where all the staff, teaching and professional support, the children and the parent community have after many years of concerted collaborative effort, endless hours of staff development and considerable expense succeeded in normalising the use of the digital in all the school’s operations, educational and administrative.

The school has reached the Digital Normalisation evolutionary stage and all the teachers have developed the suite of attributes discussed in ‘Teaching in a Digital School’. Moreover the school is very much operating on a digital base, is collaborating closely with its parents and community to provide a holistic 24/7/365 education, and had created an ever evolving ever higher order and evermore tightly integrated school ecology.

The local education authority in its wisdom decides to compulsorily transfer to the school a teacher or principal who has only the most rudimentary computing skills, barely able to start one up and none of the mindset that comes from working in a networked world.

In its normal staff selection the school would never countenance appointing that person. Indeed as indicated in my post of November 20 2013 (http://www.schoolevolutionarystages.net) it is becoming increasingly apparent that as schools move along the evolutionary continuum they expect that much more of their staff and look to new staff being able to get up to speed from virtually day one.

In brief the pressure is considerable on even newly appointed teachers highly versed in the use of all manner of digital technology.

The pressure on a teacher or principal without those skills will be immense and unfair to that person, his/her colleagues, the students, the parents and the school as an entity.

It is appreciated there is also pressure on staffing officers to place permanent staff but education authorities and governments have to understand the new reality and that to throw ill-equipped staff into alien cultures will not work and that there is the very real likelihood the transferee will soon be placed on stress leave, costing the system very considerable monies.

Think of how the ill-equipped teacher will feel. Teachers transferred into any school where the use of the digital is the norm in all classes are likely to feel from day one out of their depth, isolated, to panic and to feel alienated from their colleagues. They will be aware they will have no standing with their colleagues or with the students. The children will expect to be taught in a teaching environment where they are trusted, respected, their out of school attainment is recognised, where their personal needs are understood, where they will naturally and predominantly use their own suite of digital technologies as the main tools both in the creation of their work and for assessment purposes.

Their life will be difficult.

Should the transferee manage to last a couple of weeks inevitably the parents of the children affected will be rightly complaining.

Teachers who have toiled for years to enhance their own skill and mindset, and have enhanced their own professionalism to the point where they can contribute to the on-going evolution of the school are not likely to go out of their way to help a transferee who has not made that effort. All will rightly say of the transferee that as a salaried teacher he/she had responsibility for acquiring the apposite digital competencies.

An initial scan of the scene in England, the US, NZ and Australia strongly suggests most governments and education authorities therein have yet to recognise let alone address the situation. There are in all four nations moves in some jurisdictions to stop teachers being employed without the requisite digital competencies but it is very difficult to identify any moves with permanent staff. They may well exist but they are hard to find.

In writing the Australian states and territories with teaching institutes of those that responded while the national teacher standards do include a note about ICT proficiency tellingly in any teachers reaccreditation it is but one of suite of variables to be considered.

Tellingly the national standards for Australian principals don’t even include that requirement. In theory a digitally illiterate principal could be transferred into to lead a school operating at the Networked or Digital Normalisation evolutionary stage.

Pleasingly while ever more teacher training institutions have taken on Mishra and Koehler’s TPACK thinking and the critical importance of the technology in teaching in reality the education authorities don’t appear to have recognised the imperative of having educators able to operate on a digital base.

While governments and educational bureaucrats like the rhetoric of the digital and networked world and 21st century and espouse digital revolutions the reality is that virtually all have seemingly yet to grasp that enhancement will only happen when all the teachers in each school are making apt use of that technology in their everyday teaching.

One might have hoped the teacher unions would have been concerned for the welfare of this kind of member and would counsel them on the path ahead. Perhaps not surprisingly colleagues consulted in the UK, US, NZ and Australia were all of the belief that the unions would instead defend the value of the teacher’s paper based skills.

One hopes that would not be so.

At the outset the suggestion was that the line in the sand in 2014 be set preventing digitally illiterate transferees being placed in schools operating on a digital base where the situation will be very much ‘loose – loose’ for all parties. There are still traditional paper based schools where the use of the digital in teaching is minimal and where the transferees could be placed with the warning to become digitally competent by a set time.

Fortuitously with the move nationally to afford each Australian government school greater say in its staffing it is timely to suggest that the schools that desire set that mark.

Note thus far I’ve not included in this discussion digitally competent teachers who don’t use the technology in their teaching.

The research colleagues and the author have undertaken (Lee and Winzenried, 2009), (Lee and Finger, 2010), (Lee and Ward, 2013) indicates that that shortcoming is primarily the responsibility of the school and in particular the school principal and not the teachers as such. It is the leadership that has to set and support those expectations.

That said there appears to be little likelihood that the authorities will take any action until the profession, the impacted schools with the support of ever more highly digitally empowered parents and parents voice the concern.

On reflection it is little the wonder that so few of the world’s schools in 2014 have normalised the use of the digital in all their operations and while most schools lag so far behind the kind of digital normalisation found with the children, their parents and society in general.

Until schooling’s key resource, its educators are expected by their employers to have and to demonstrate the requisite digital competencies the chances of closing that gap is constrained.