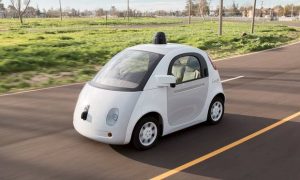 The first of the pathfinder schools are entering a new historic frontier, taking schooling into the world of the unknown.

Importantly they are very well prepared to make that move and thrive with the on-going uncertainty, evolution and organisational transformation.

It is a development that governments and education’s decision makers would do well to recognise and to build upon.

One is talking about those as yet rare schools that have moved beyond the Digital Normalisation stage where they normalised the whole of school community use of the digital and which are building upon that digital platform to provide an as yet embryonic 24/7/365 mode of schooling (Lee and Broadie, 2016).

In so doing they are entering a world where no schools have entered and which from hereon the early adopter schools, as self regulating units, will be obliged to continually shape their desired future.

It is a new reality that the digital masters in business have learned to thrive within but it is something very new – and possibly very scary – for traditionally risk adverse education policy makers. Digitally evolved organisations exchange the certainty of hierarchical control for trusting relationships where improvement is devolved by empowering staff, with apparently more scope for failure but in reality far more success, from the breadth and depth of innovation well outweighing the risks

What lies ahead for those schools, what form the schools, as ever evolving complex adaptive systems, that are interfacing with all manner of other digital ecosystems within an increasingly socially networked world will take no one knows. The futurists can make their guesses but that is all they can do. Yes the schools will be able to benefit from some research on specific teaching initiatives but always the research’s relevance will need to be adjudged in context.

Significantly the pathfinder schools in their shaping of their digitally based socially networked ecosystems have unwittingly readied themselves to thrive in the unknown.

The pathfinder schools have positioned themselves to continually thrive and take advantage of the virtually endless educational options opened by the Digital Revolution by;

The schools are by virtue of their digital normalisation free of most of the constructs of the paper based world and its strong ‘site’ based thinking (Lipnack and Stamps, 1994) and are of a mind to continually attune their operations to the changing environment.

They are finally in the position, as largely autonomous self regulating units, to exercise considerable control in shaping the mode of schooling – the school ecosystem – that they believe will best meet the needs of their students in an increasingly sophisticated digital and socially networked society.

We say ‘considerable control’ advisedly because although the pathfinders are developmentally years ahead of the government decision makers and have in many areas become the de facto policy makers they, like all other schools are obliged to work with a suit of givens. All for example will be constrained by the resourcing, staffing agreements, physical plant, the obligation to care for the students within a specified time and the laws of the land, to name but a few of those givens.

We also say ‘considerable control’ because the schools are very much part of a wider continually evolving digital and socially networked society, impacted by all the forces at play in the society. They are also complex adaptive systems that will experience considerable and likely increasing natural growth and transformation – much of which will be common of schools at this evolutionary stage globally (Lee and Broadie, 2016).

That said the pathfinders have shown their ability to shed the ways of the traditional paper based school and to shape increasingly sophisticated digitally based school ecosystems with the agility to thrive in the seeming chaos of the frontier. They have become the type of self-regulating unit that Helbing (2014) has flagged as being essential to future organisational growth and evolution in the Digital Revolution, where the pace of change and degree of uncertainty renders the traditional centrally controlled bureaucracy archaic.

The key is for all to recognise that the pathfinder schools, like their counterparts in business will from hereon – largely regardless of the dictates of government – work in unchartered territory, taking charge of their own growth and evolution, heavily dependent on the professional staff collaborating closely with an empowered community in identifying the best way forward.

It also important that governments in particular appreciate that these schools are well prepared to continually thrive within the unchartered frontier and that government instead of relying on the traditional ‘expert’ committee that invariably identifies the way forward by looking through the rear vision mirror would do well to learn from and actively support the pathfinders.

What is clearly apparent is that the schools and their communities have through astute leadership been readied to enter the new frontier with their minds open, accepting of on –going change and evolution, with an organisational form and culture that allows them to readily adjust course when required.

They are not aberrant outliers but a vital insight into how all schools can be readied to continually thrive in a rapidly evolving digital and networked society, where no one can tell with certainty what lies ahead.

In many respects the pathfinders in schooling are no different to their counterparts in architecture or engineering in that they provide the later adopter organisations an important understanding of the evolutionary path ahead.