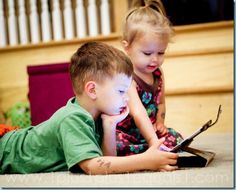 Largely unseen, the digitally connected families of the world have over the last four to five years taken a lead role in providing their pre-primary children, from the first year of life onwards, the start of a quality 24/7/365 lifelong digital education.

Critically they have employed the same naturally evolving, highly individualised laissez faire model of teaching used so successfully by the digitally connected families of the world in providing millions upon millions of their older children the desired education.

It is a success that should be proclaimed universally and the parents commended for their success in contending with a rapidly evolving, uncertain digital environment.

The very real challenge for pre-primary parents worldwide will be to build upon that model, to proclaim its success and prevent bureaucrats and educators – no matter how well intentioned – from instituting the stultifying structured approach found so wanting within the schools.

The pre-primary children of the developed, and increasingly the underdeveloped world, are on track to begin formal schooling having normalised the astute use of the digital, and for the digital to play a central role in their upbringing, lives and learning.

The implications of the pre-primary digital normalisation are immense and are only now becoming apparent.  They will impact on every facet of the children’s vital early childhood upbringing and education, whether governments desire it or not.

It is a development all need to better understand if it is to be used astutely and enhanced.

The origins of the development are to be found soon after the emergence of the WWW in 1993, in the historic change to the nature of youth, and youth education, that flowed from the digital empowerment of the world’s young, the evolution of the digitally connected families and the introduction of digital touch screen technologies.

The move by parents globally twenty plus years ago to empower the young outside the school and provide them with largely unfettered use of the online and the digital has as mentioned had profound implications.

By the early 2000’s the adolescents of the developed and increasingly the developing world had with the vital support of their families normalised the use of the digital, albeit outside the school walls.

As indicated by around 2007 – 2009 the digitally connected family had become the norm across the developed and increasingly the developing world, with the digitally empowered parents taking a greater lead role in their children’s 24/7/365 digital education.

It bears remembering that until the mid 2000’s digital usage by the world’s young was primarily by the teens, and while much younger children used the technology the keyboard and the mouse were not exactly child friendly.

The release of all manner of touchscreen technologies in the 2007 – 2010 period – the iPhone, the iPod Touch, the Android mobile operating system, Apple’s App store, the iPad and the Android based tablets– changed the scene irrevocably overnight.

Very quickly the age of those of using the mobile technologies plummeted. Devices like the iPod Touch and the iPad became very popular with the young, with many a young child also accessing mum and dad’s smartphone.

By 2012 – 2014 children as young as two or three were readily using iPads and the various Android tablets, with the parents having to contend with the development.

They, like the digitally connected families before them, moved naturally to using an informal, non-linear, highly fluid, self-directed, individualised, play based, parent or older sibling guided model of learning. Any who have sat and observed the very young at play on an iPad will have soon noted the children’s excitement, the use of the visual – and rarely the verbal –  intelligence in navigating the device, the integrated approach, the speed of learning but also the vital role the family members play in assisting the children over hurdles, and bringing the usage to an end.

The digital connected families of the world have – largely of their own volition –  accommodated the surge in pre-primary use very well.  A read of the European Commission’s study (Chaubron, 2015) of 0-8 digital learning in eleven European countries or the Erikson (2016) study of US families reveals the common sense, the balance and networked learning brought to play by the parents, and the limited contribution made by educators.

We suspect every parent with a pre-primary child would appreciate some support and direction in the use of the digital, but the vital message should be one of commendation for their success in a period of rapid, accelerating and uncertain digital evolution and transformation, where few experts globally have much more insight into the path ahead.

In many respects the success should not come as a surprise. The current digitally connected families are among the most educated in their nation’s history, who have long normalised the everyday use of the digital. They have, particularly in the last decade, grown their ability to lead the out of school 24/7/365 digital education of the young and to use a learning model that continually delivers in an era of rapid uncertain digital evolution and societal transformation.

Appreciate as part of a digitally connected family parents are embarking upon a lifelong education, that will invariably entail all continually making the best use and application of an ever evolving, increasingly powerful, sophisticated and integrating suite of digital technologies.

One most assuredly is not on a short sprint where the parents will hand all digital education over to the school. Schools that do not collaborate with their families and listen to their pupils on the digital will not only fail their societal remit but will educationally, socially and economically disadvantage their students.

If very fortunate the children will attend a digitally mature school which will respect and build the children’s learning and genuinely collaborate. Sadly most schools won’t be interested and will expect the children to conform with the traditional one size fits all highly structured teaching program.