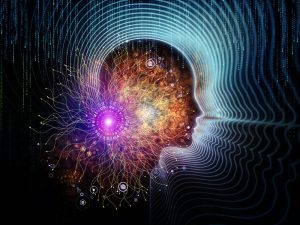 This hopefully will challenge the conventional thinking – that is still largely schooling children for the 1950s.

All schools should in their teaching today be guided by a curriculum for digital and socially networked society, where the young are in essence being schooled 24/7/365.

All ideally need a curriculum that is current, appropriate to the school’s situation, which readily accommodates continual rapid, uncertain change and school differences, apposite for socially networked learning, that increasingly integrates the in and out of school teaching and which readies each child to thrive in a seemingly chaotic, ever evolving digital and socially networked world. That said the curriculum should also continue to address the core learning, of the type fleshed by Pellegrino and Hilton in their Education for Life and Work: Developing Transferable Knowledge and Skills in the 21st Century (2012) and the values and human rights of contemporary society.

Crucially they’ll want a curriculum where the teaching and learning can happen anywhere, anytime, in context in the socially networked world, and not as now that is fixated on learning within a physical site, within a restricted time frame and which disregards the learning and teaching occurring outside the school walls. Why shouldn’t all manner of upper secondary students build upon their out of school learning and be able to receive part of their teaching outside the classroom, in context, collaborating with the likes of start-ups, international aid agencies, tertiary faculties, theatre companies, digital marketers, hospitality, fashion houses or automotive electricians?

Allied is the necessity of providing guidance for all the teachers of the young, as they work evermore collaboratively in the 24/7/365 development of the children’s cognitive, inter and intrapersonal competencies (Pellegrino and Hilton, 2012). While the focus of the curriculum should rightly be on the professional teacher and the critical intensive teaching that occurs within the school walls the curriculum should also guide all assisting educate the young, be they the children themselves, the parents, carers, grandparents or the community mentors, or local businesses and service groups. The teaching and the curriculum should be intertwined, with the student’s needs guiding all. As the schools distribute the control of the teaching and learning, and work to enhance the contribution of the volunteers so the latter teachers will need instructional guidance. Some might argue to leave to the ‘out of school’ teaching completely laissez faire, but the authors’ suggest the vast majority of parents would benefit from schools providing somewhat more curriculum direction and support than now.

In looking to provide that curriculum it is vital schools and government understand that schools will need to:

All are vital preconditions.

In brief the schools need to be ready to successfully teach to a curriculum for a socially networked society.

Critically that curriculum should be delivered by a school that is digitally based, socially networked and which has an ecosystem and culture that naturally promotes and supports in everything it does a 24/7/365 mode of schooling. It is near impossible to teach to a curriculum that seeks to empower the young, promote risk taking, creativity, innovation, critical thinking, reflection, agility, social networking, team work and collaboration in a school that is risk adverse, site fixated, micro managed, tightly controlled and where the curriculum is dated and the students are disempowered. Even the greatest of teachers will struggle to provide a 24/7/365 education in the latter environment.

Michio Kaku rightly observed at the 2016 ISTE conference that most schools, by their very nature are still geared to educating the young for the 1950s (Nagel, 2016).

It is impossible – despite the government and bureaucratic spin – for the traditional, centrally developed national and provincial curricula to provide schools a current and appropriate curriculum for a rapidly evolving, socially networked world. Their development invariably takes years of committee work, and as such they are dated well before implementation and antiquated by their next revision. They are a product of a world of constancy, continuity and government desire for control.

They are designed on the dated belief that all schools are the same, and will remain so for years to come. Schools at significantly different evolutionary stages (Lee and Broadie, 2016, 12), offering appreciably different modes of schooling, are expected to gain guidance and direction from the one document. Schools that have normalised the whole school use of the digital and which are building upon the digital competencies their students bring to every classroom are expected to follow the same Technology curriculum as those paper based schools where the children are obliged to ‘learn’ how to use computers in the lab.

Globally education authorities continue to ready the curriculum for their particular bailiwick, their own patch of the world, very often strongly swayed by the government of the day. Little or no thought is given to the reality of the socially networked world or ever evolving complex adaptive systems that geographic boundaries matter little as both the schools and their instructional programs naturally evolve in a remarkably common manner globally. The young are learning and being taught, whether the authorities like it or not, in a boundary less socially networked world over which governments have limited control.

Little is the wonder that the early adopter digital schools globally have chosen to largely disregard the ‘official’ curriculum and work with like-minded schools worldwide in the design their own.

At first glance it could be argued that the various education authorities could in time, particularly if they adopted a digital mindset, produce a curriculum for 24/7/365 schooling. Leaving aside the inherent inability of bureaucracies to accommodate rapid change there is also the telling reality that schools can’t hope to successfully use a 24/7/365 curriculum until the school has readied a supportive higher order digitally based ecosystem and culture, where all within the school’s community are ready to collaborate in advancing that mode of teaching.

All can see the folly of governments trying to impose a 24/7/365 socially networked curriculum on insular inward looking schools unwilling to genuinely collaborate with their communities, to distribute the control of the teaching and learning, to network and which are lacking the digital infrastructure and processes critical for ready collaboration.

In brief a sizeable proportion of the schools would be unwilling or unable to work with such a curriculum.

The key is to recognise that schools, even within the one authority, are at different evolutionary stages (Lee and Broadie, 2016, 43), to understand that those differences are on trend to grow at pace and to endorse the lead of the pathfinder schools and formally support school based curriculum design.

By all means provide if desired system and national guides for the various areas of learning, and matrices suggesting which of the teachers of the young might best teach what attributes, but understand in the curriculum design that schools will never be the same again, each is unique and should shape its own curriculum. Of note is that globally many professional associations already provide these guides.

Helbing in discussing the impact of the Digital Revolution (Helbing, 2014) made the telling observation that the accelerating pace of organisational evolution and transformation, and the inability of bureaucracies to handle that change obliges the societal adoption of self-regulating units that have the agility to thrive with the on-going change, seeming chaos and uncertainty.

The pathfinder schools have adapted to that reality.

What they could do is to revisit the warning John Dewey, one of the world’s great educators, who a century ago offered in Democracy and Education:

As formal teaching and training grow in extent, there is the danger of creating an undesirable split between the experience gained in more direct associations and what is acquired in school, This danger was never greater than at the present time, on account of the rapid growth in the last few centuries of knowledge and technical modes of skill (Dewey, 1966. p11).

One hundred years on his concerns about society disregarding the ‘more direct associations’; the informal learning; the 80% plus of learning time available to the young outside the school walls are that much more critical.

Largely unwittingly schooling has in its formalising of the curriculum in the twentieth century created highly insular, dated learning institutions, largely removed from the real world.

It is time to heed Dewey’s advice, to re-establish the connection and to create schools and provide a curriculum appropriate for a rapidly evolving, socially networked society.

The authors would like to acknowledge the support and advice given by Professor Glenn Finger (Griffith University) and Greg Whitby (Executive Director Catholic Education Diocese of Parramatta) in the preparation of this piece.