(This is an update of the earlier version, that will appear in the Educational Technology Solutions). 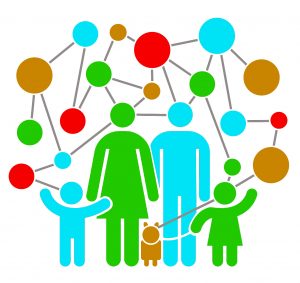 The digitally connected families of the world over the last two decades have played a remarkably successful, yet largely unseen, role in the digital education of the world’s young.

In researching the impact of personal mobile technologies on the 24/7/365 digital education of the world’s young since the advent of the World Wide Web the lead role of the family became increasingly apparent. It was the young with their families support that primarily provided the requisite digital tools and education – not the schools.

Well over a billion were young people (Futuresource, 2017).

Few learned to use that current, mainly mobile, digital technology in schools. Rather their understanding was acquired in the developed, developing and underdeveloped worlds with the monies and support of their families.

It is time the world – and particularly the parents, the young themselves, educators, policy makers and governments – recognises, and builds upon that remarkable achievement.

Critically it is also time to understand that those families employed – unwittingly but naturally – a laissez faire model of digital education. It was – and remains today – fundamentally different to the highly controlled, structured and linear approach used by most schools. Importantly they used an approach appropriate for a rapidly evolving digital and socially networked world. Schools in comparison still mostly used a teaching model from the Industrial Age, that struggled to accommodate rapid digital evolution.

The education in using the digital and particularly the personal mobile devices from the outset occurred primarily outside the school walls. For the parents this happened in a completely market driven, naturally evolving environment where government had no voice and provided no support. For the young it enabled learning from incidental opportunistic moments to in some cases very focused and intense self-driven learning. It was the young with the monies and support of their families who took control of the learning. Critically it was the parents who believed in the educational importance of the digital for their children who funded the technology, and empowered and supported their children’s largely unfettered use.

It was – as most are aware – an informal education, largely self-directed, highly individualised where the learning was invariably non-linear, seemingly chaotic, dynamic, undertaken in context and just in time. It was an approach the young found highly appealing, exciting, relevant and intrinsically motivating. From the advent of the WWW the learning started to take place 24/7/365, and by the early 2000s the evolving technology allowed it to happen anywhere, anytime.

Ironically from the outset the role of the young and the family was bolstered by the schools’ insularity, their worldwide retreat to behind their cyber walls and their purported desire to protect the children from the dangers of the Net.  The young and their families were left by default to fend for themselves in that 80% of learning time available annually outside the school walls.

Disturbingly today many, if not most schools still work behind those walls not recognising, supporting or building upon the out of school digital learning and education. The schools that are notable exceptions to this are engaging with families and supporting the children’s independent learning because of their own drive to do so, often battling education authority regulations and systems.

Free of the controls of formal schooling and government, the young and their families took charge of the digital education, continually growing their capability as the technology grew in power and sophistication.  Internet uptake figures globally reveal the families of the young led the way (Allen and Raine, 2002), (Lee and Winzenried, 2009). In 1999, a comprehensive study of the use of computers in Australian schools concluded:

The majority of the students who have the basic skills developed them at home (Meredyth, et.al, 1999, pxvii).

That was happening naturally and largely unseen globally.

As the young evolved their digital capability and facility to readily use of all manner of current technologies so too did their parents, as evermore used the technology in their work and came to rely on the increasingly sophisticated mobile technology.

In 2008 Pew Internet released a study entitled ‘The Networked Family’ (Wellman, et.al, 2008) which noted the US had reached the evolutionary stage where the new norm was for all within the family, the parents and the children to base their lives around the everyday use of the digital. They were working within a digital and socially networked mindset, normalising the use of all manner of digital technologies in every facet of their lives.

….this survey finds that couples use their phones to connect and coordinate their lives, especially if they have children at home. American spouses often go their separate ways during the day, but remain connected by cell phones and to some extent by internet communications. When they return home, they often have shared moments of exploration and entertainment on the internet (Wellman, et.al, 2008).

The Pew findings, coming as they did around the time of the release of the iPhone in 2007, correspond with our own which saw in the period 2007 – 2009 those families becoming the norm across the developed and increasingly the developing world.

The authors and the 50 plus eminent observers interviewed in our research, had concerns about the term ‘networked family’, conscious of the ambiguity that comes with the physical networking of organisations and homes.

The strong preference was for the term ‘digitally connected families’, aware that it was the all-pervasive connectedness provided by the digital that allowed both the nuclear and extended family to employ the technologies in all facets of their lives.

Digitally connected families are those where the parents and children use the evolving suite of digital technologies naturally in every desired facet of their lives, that employ a digital mindset and which have – or nearly have-  normalised the use of the digital.

They created a home environment where the new norm was for all the family – the children, parents or increasingly the grandparents – to naturally, almost unwittingly contribute to the on-going digital learning of all members. How often does one hear – dad, you can do it easier this way?

In the decade after the release of the iPhone and the touchscreen technology the educational capability and leadership of the digitally connected families grew at pace. As the parents normalised the use of the digital, became more digitally empowered and embraced the mobile and app revolutions and the families of the developing and underdeveloped world employed the technology in ways unbounded by Western educational traditions so the gap between the digital education provided in and out of the schools grew ever wider – with most schools lagging ever further behind the societal norm.

The capability and lead role of the digitally connected families of the world was evidenced in the last 3-4 years of the period under study when pre-primary children from as young as two and three embraced the mobile touch screen technology. As the 2015, European Commission study (Chaubron, 2015) of eleven European nations attests the families of the young very successfully guided their children’s learning with the technology.  They, like the other digitally connected families of the world led the teaching, well before most schools and decision makers understood that the pre-primary children of the developed and increasingly the developing world would enter formal schooling having normalised the use of the digital.

We are not suggesting for a moment that everything was or is perfect with the digital education provided by the digitally connected families of the world.  There is a substantial gap between families in their ability support their children’s astute application of the digital.  As Ito and her colleagues (2013) attest in a laissez faire environment the advantaged continue to be advantaged and the disadvantaged possibly further disadvantaged, unless there is astute intervention.

The way forward, as we address in a forthcoming publication on the Digitally Connected Family, entails some major rethinking.

But for that to occur governments and educators must recognise that for twenty plus years – at no expense to government – the digitally connected families of the world have played the lead role on the digital education of the world’s young, and are on trend to so – regardless of what governments or schools might desire.

While the digitally connected families of the world have been able to successfully normalise the use of the digital with a billion plus young people few schools in 2016 had succeeded in normalising its use.

It is a reality governments and educators need better understand.